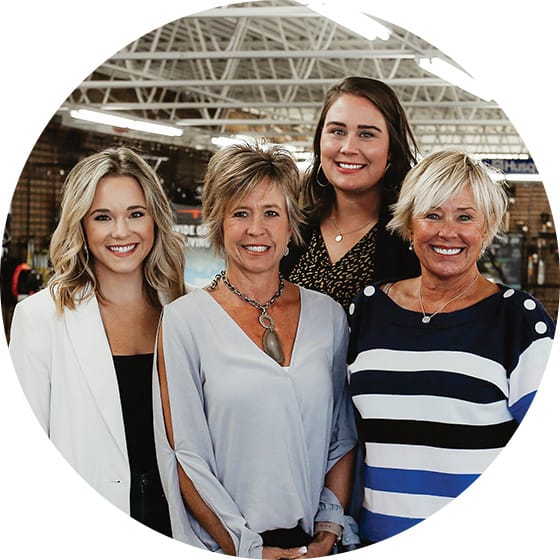 How One Local Business Stands the Test of Time


What makes some businesses stand the test of time? It’s a question anyone who runs a business, or dreams of starting one, might ponder. To find answers, it’s sometimes best to ask the people who own those longstanding businesses.

Sharon Killian Radke is one such owner. She co-owns Killians Hardware in Hickory along with her sister Susan Killian Kirby. This 4th generation family business (both their adult daughters, Jennifer and Whitney, work there too) was started by their grandfather in 1953 as a Feed Mill. Their father expanded it in 1964 to include power equipment and hardware.


Have a business model

These sisters have observed the evolution of the family business, the local business scene and the community of Hickory. Some changes have benefitted their company—like the talent, work ethic and technology savvy of the younger generations coming on board. However, they credit the success of the family business in many ways to what’s not changed, like their business model, which is built around selling things people need, employing great people, being truthful, having supportive partners, and treating community like extended family.

“We’re unique in that we don’t operate like everyone else,” says Radke, who left the business for five years to work in corporate. After coming back in the 80s, she recalls asking her father why they don’t work on commission. His response to her: if you’re on commission, you tend to do what works for you instead of the customer. “We hold true to that,” Radke said. “We’re very fortunate to have a good team. One department is no more important than any other department. It just works. We tell people the truth.”

When you’re a family run business, stronger than ever nearly 70 years after startup, relationship building is most likely a priority. Whether it’s with their suppliers, manufacturers, mentors, employees, customers or banking partner, when the folks at Killian Hardware make a commitment to people, it’s long-term.

The hardware company’s 30-year relationship with their banking partner, Peoples Bank, is another testament to the power of relationship building. It’s the only bank they use for all facets of their business and personal life. Whatever they need, Peoples Bank is there—even showing up before business hours to alert them of a questionable cashier’s check. When their father passed, they were there to support the family through the transition.

“The bank has been tremendously supportive in helping us grow our business,” Radke says. “They are very trustworthy and respectful. There’s nothing I haven’t asked them that I haven’t felt extremely proud and trusting of what they tell me. My children’s accounts, my grandchildren’s accounts, pretty much everything we deal with is with Peoples. Not once have I worried or had concerns that they aren’t doing the best thing and the most honorable thing for our business and our family.”


Back up and punt

How a business handles a challenge can often be indicative of future success. And just when you think you have things figured out, it all breaks loose, according to Radke who has seen her fair share of challenges, like a drought one September after which sales stopped for two months. There are family emergencies and personal issues with staff too.

“We have to be resilient enough to be able to back up and punt,” Radke says. “We never get complacent here. We’re always trying to find better ways to do things.” For instance, the company recently implemented a drive-thru service center. To avoid issues of product availability, they stay heavily stocked at all times, and because of the strong relationships they’ve built, they’ve been able to get what they need, when they need it.

The caliber of Killians’ staff gets better with time, which is why they were finally able to implement that drive-thru service center—a concept Radke saw 20 years ago. The hardware company is big on education, conducting internships with area high schools and community colleges to train technicians. Their hope is to keep staff on for the long haul. It seems to be working.

The small-town hardware store is an example of all that can go well when people of different generations work together, sharing their talents and skills. There’s the 85-year-old part-timer who teaches the younger workers and is valued for his wisdom. Conversely, the younger workers are some of the most fantastic they’ve seen, especially with technology.

“My granddaughter goes to a local church school and she comes in in the afternoons and I love it,” Radke says. “And I’m quick to tell people she’s 5th generation and she’s the best yet. I tell them they keep getting better. It’s exciting what we can do for the community and for the future.”

Read more about our Exceptional Businesses

You are opening a window that is controlled by an affiliated third party. Peoples Bank does not endorse or guarantee the products, information or recommendations provided by the linked sites. Peoples Bank is not responsible for accuracy, security, content, or services offered by other websites; we encourage you to view privacy & security disclosures of all websites you visit as they may be different than those of Peoples Bank. Insurance and investment products are not insured by FDIC or any Federal Government Agency; are not a deposit of, or guaranteed by the Bank or any Bank Affiliate; and may lose value.
Continue

Peoples Bank does not endorse or guarantee the products, information or recommendations provided by the linked sites. Peoples Bank is not responsible for accuracy, security, content, or services offered by other websites; we encourage you to view privacy and security disclosures of all websites you visit as they may be different than those of Peoples Bank.
Continue